Singer and Actress Jessica Simpson has welcomed her first child, a baby girl who they named Maxwell Drew, with her husband, football player Eric Johnson.

What do you think? Personally, I dislike it. Why not Maxine Drew? I think that’s very sweet. Drew is Jessica’s mother’s maiden name.

Yet another round of the name game!

Actor Jeremy Sisto has welcomed his second child with his wife Addie Lane, a baby boy who they named Bastian Kick Sisto. Their first child is a little girl named Charlie Ballerina.

Actress and singer Hilary Duff and her husband Mike Comrie have just had their first child together, a boy who they named Luca Cruz Comrie.

Marian is a lovely name, probably my favorite spelling of the name (aside from Marianne). The most famous bearer of this name is probably Maid Marian, the legendary Robin Hood’s love. Maid Marian was not in the earliest versions of the Robin Hood tale, but he did love a woman named Clorinda; later on Clorinda was used as Marian as an alias.

Marian hasn’t been on US name list since 1992, which would make it uncommon and ripe for a comeback.

The famous Marian we’re talking about today is Marian Anderson. Marian was a famous contralto and one of the most loved singers of the Twentieth century. Even though she was very well-known and loved, that did not stop the prejudice. She was often denied to sing in certain hotels and even eat at some restaurants. Albert Einstein often allowed her to stay with him and hosted her concerts at his home.

In 1939 the Daughters of the American Revolution denied Marian the right to perform in front of an integrated audience in Constitution Hall. In 1939 Washington was a segregated city and black audience members were upset that they had to sit in the back of the hall. Then The District of Columbia Board of Education denied her permission to perform in a white school’s auditorium. Because of this Eleanor Roosevelt and thousands of other members of the Daughters of the American Revolution, resigned.

The Roosevelt’s, Walter White, and Marian’s manager, Sol Hurok, after some persuasion, arranged for Marian to perform an open air concert in front of an integrated crowd on the steps of the Lincoln Memorial. She performed “My Country, ‘Tis of Thee” on Easter Sunday to a crowd of more than 75,000 people of all colors and was a big hit on the radio.

During World War II Marian often sung for the troops in hospitals and bases, and eventually married Orpheus H. Fisher. In 1955 Marian was the first African-American to perform with the Metropolitan Opera. She said of the night:

“The curtain rose on the second scene and I was there on stage, mixing the witch’s brew. I trembled, and when the audience applauded and applauded before I could sing a note, I felt myself tightening into a knot.”

Here is a short video of some of her famous performance at the Lincoln Memorial:

For Black History Month I thought I would profile the names of some famous and influential African-Americans.

The surname Langston comes from the Old English “lang” which meant “long” and “stan” which meant stone. It has been recorded as far back as the Medieval Ages.

Langston Hughes is probably one of the most famous bearers of this name, although his real name was James Mercer Langston Hughes. He was one of the earliest people to practice jazz poetry. Langston was born in Joplin, Missouri to Caroline “Carrie” Mercer Langston and James Nathaniel Hughes. His father left the family and divorced Carrie, he then travelled to Cuba and Mexico trying to escape the racism in the United States. Langston was raised mostly by his grandmother who told him stories and taught him racial pride.

While in Grammar School Langston was elected class poet. He believed it was because of a stereotype that African-Americans have rhythm:

“I was a victim of a stereotype. There were only two of us Negro kids in the whole class and our English teacher was always stressing the importance of rhythm in poetry. Well, everyone knows, except us, that all Negroes have rhythm, so they elected me as class poet.”

Later in high school Langston wrote his first jazz poetry piece called “When Sue Wears Red”. He did not have a good relationship with his father even though he lived with him for a while in Mexico. He said “I had been thinking about my father and his strange dislike of his own people. I didn’t understand it, because I was a Negro, and I liked Negroes very much.”

He died when he was only sixty-five from abdominal surgery. His ashes are interred beneath a floor medallion in The Schomburg Center for Research in Black Culture. The design of the medallion is an African cosmogram that is titled “Rivers”; the title is taken from one of his poems, “The Negro Speaks of Rivers”, which became his signature poem. In the center of the medallion, above his ashes, it reads, “My soul has grown deep like the rivers”.

Langston strove throughout his career to teach “black is beautiful” and to make people proud of their race.

Here is his poem, “The Negro Speaks of Rivers”:

I bathed in the Euphrates when dawns were young. I built my hut near the Congo and it lulled me to sleep.

I looked upon the Nile and raised the pyramids above it.
I heard the singing of the Mississippi when Abe Lincoln went down to New Orleans, and I’ve seen its muddy bosom turn all golden in the sunset.

Jason Bateman and his wife Amanda Anka have just had their second child, another little girl, who they named Maple Sylvie. Their other daughter is Francesca Nora. 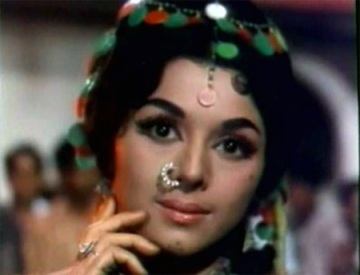 Padmini is a beautiful name isn’t it? It has been used by many famous Indian women including the actress and Bharathanatyam dancer known just as Padmini, pictured above, and Padmini Kolhapure who was a famous Indian actress and dancer who appeared in Bollywood movies in the 70s and 80s. There was also Rani Padmini who was queen of Chittor and was featured in the poem “Padmavat” by Malik Muhammad.

The Padmini in the picture became famous when she starred in the film “Kalpana” in 1948 at the age of sixteen. Her sister Lalitha and Ragini were also well-known actresses and together they were known as the Travancore Sisters. She acted in movies for nearly thirty years and died in 2006 at the age of seventy-four.

The lotus flower is extremely important to the East. It is a sign of rebirth, beauty, and sensuality among other things. The Kamashastra has four catergories of women, the most beautiful and talented is called Padmini or the Lotus Lady. The God Vishnu and the Goddess Lakshmi are oftened depicted standing on a pink lotus. The lotus root is edible and is often boiled and used in many Asian meals. The Chinese scholar wrote “I love the lotus because while growing from mud, it is unstained.”

Robert Downey Jr. and his wife Susan have just had a baby boy named Exton Elias. Exton is a surname of Old English origin which means “ox-farm”. Robert Downey Jr. has one other child, a son named Indio Falconer Downey, with ex Deborah Falconer.